1. You look really great!  Have you been working out at the fitness center recently?
2. A: What were you doing when the accident occurred?
B: I  was trying to change a light bulb that had burnt out.

3. I  have had the same car for more than ten years. I’m thinking about buying a new one.

4. If it  snows this weekend, we  are going to go skiing near Lake Tahoe.

5. A: What do you call people who work in libraries?
B: They  are called librarians.

7. Sam  arrived in San Diego a week ago.

8. Samantha  lived in Berlin for more than two years. In fact, she  was living there when the Berlin wall came down.

9. If Vera  keeps drinking, she will eventually lose her job.

10. The Maya established a very advanced civilization in the jungles of the Yucatan; however, their culture  had virtually disappeared by the time Europeans first  arrived in the New World.

12. It  has been raining all week. I hope it stops by Saturday because I want to go to the beach.

13. Listen Donna, I don’t care if you  missed the bus this morning. You have been late to work too many times. You are fired!

14. I am sick of rain and bad weather! Hopefully, when we  wake up tomorrow morning, the sun  will be shining.

15. I have not traveled much yet; however, I  will have visited the Grand Canyon and San Francisco by the time I leave the United States.

17. In the last hundred years, traveling has become much easier and very comfortable. In the 19th century, it  took two or three months to cross North America by covered wagon. The trip  was very rough and often dangerous. Things  have changed a great deal in the last hundred and fifty years. Now you can fly from New York to Los Angeles in a matter of hours.

18. Joseph’s English  is really improving, isn’t it? He  has been watching American television programs and  studying his grammar every day since he first arrived in San Diego. Soon he will be totally fluent.

19. When I  arrived home last night, I discovered that Jane  had prepared a beautiful candlelight dinner.
20. If you  need to contact me sometime next week, I  will be staying at the Sheraton in San Francisco.

1. Nate deserved to win the prize for writing that amazing short story about traveling through Peru. I don’t understand his not receiving the award.

2. I can’t believe you wanted to gofishing, and you forgot to bring a fishing pole. How did you expect to catch any fish? Were you just going to sit in the river tryingto catch fish with your bare hands? You would have had a hard time doing that!

3. Vince is determined to save enough money to travel to South Africa next year. If he avoids wasting his money and manages to save what he needs to make the trip, he plans on leaving in June.

4. When Sam mentioned wantingto goswimming, Nina warned him not to go into the river. She explained that the national park did not allow visitors to swim for several reasons. The number one reason for not permitting visitors to swim was the large number of crocodiles in the park.

5. The Oscar-winning actor avoids talking to his fans and refuses to give his autograph. Moreover, he has difficulty giving interviews and appears to have problems interactingwith other people. Doesn’t he seem way too shy to be an actor?

6. Simone and Michael discussed going to Tahiti on their honeymoon, but they had very different opinions about visiting such an expensive destination. Michael said that after such a costly wedding, he couldn’t see spending so much money on a vacation. Simone defended their going to Tahiti by arguing that a honeymoon is a once in a lifetime experience.

7. Using a search engine to look things up on the Internet is a skill that all students need to learn. That is why the government is urging schools to beginteaching basic computer skills in elementary school. Schools also encourage parents to reinforce these skills at home by surfing the Internet together with their children.

8. Samantha kept having problems with her computer at work. Her co-worker Denise suggested shutting down the computer and restarting it to see if that would solve the problem.

9. Jack’s interest in learning foreign languages is a major factor in his decision to move to China. One of his life-long goals is to learnto speak Chinese fluently. Learning Chinese will be quite a challenge, but living in China should enable him to achieve his goal of mastering the language more quickly.

10. Simon’s attempts to find accommodation in Paris were not very successful. He tried calling every hotel in his guidebook, but he was shocked to discover they were all full. He called all the youth hostels to find out if they had any beds, but they were full, too. Another traveler advised him to go to the tourist information office to ask for help, but the office was closed. Although Simon hated the idea of leaving Paris without having seen anything, the thought of sleeping in the train station or walking the streets all night convinced him to take the train to another city to look for accommodation there.

Many top athletes are perfectionists who drive themselves to excel.
feminine-կանացի

It was impossible to resist her feminine wiles.
mount-լեռ

The debts are mounting.
compete-մրցակցել

If you hesitate, you may lose the opportunity to compete altogether.
dread-վախ

I dread to think what would happen if she came earlier.
masculine-առնական

The elephants are still menaced by poachers.
tendency-միտում

She has a tendency to labor the obvious.
underestimate-թերագնահատում

Never underestimate the importance of a good education.

With this film, the author wanted to make people realize that we need to be purposeful in life. Here the main character, through his diligence and persistence, was able to get what he wanted, and he became an excellent drummer. His teacher did not look good to many, but he created so many difficulties for the boy that he was able to overcome them all. The film was interesting, but in some parts I would not have acted like the main character here, he was more patient. 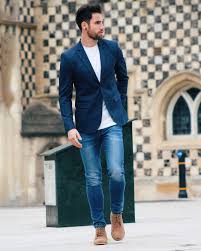 Casual wear/attire/clothing is a Western dress code category that comprises anything not traditionally appropriate with more formal dress codes: formal wear, semi-formal wear, or informal wear. It saw broadscale introduction in the Western world following the counterculture of the 1960s. Notwithstanding sportswear, when emphasising casual wear’s personal comfort, it may be referred to as leisurewear.

In a broader sense, the word «casual» may be defined as anything relaxed, occasional, spontaneous, «suited for everyday use». Sometimes it is also popularly called «informal» in the sense of «not formal», although informal attire traditionally refers to a Western dress code associated with suits — a step below semi-formal attire — thus being more formal than casual attire.

Meaning it can be said accidental clothing. Its main feature is the comfort and agility. It can contain both classical, festive, and even austere and everyday elements. If you choose a more comfortable style, such as jeans, shirts, light skirts, and jackets, you will not pay much attention to colors. And there are many shoes, boots, balletkas, but no practical or classical shoes. This style is also characteristic of multilayers, such as jeans, blouses, cardigans, belts and a scarf or something like that, but it is time to pay attention to color combinations. This style is also characteristic of the clothes not being very ideal, such as the non-ideal iron blouse, etc.

These demands can be related to finances, work, relationships, and other situations, but anything that poses a real or perceived challenge or threat to a person’s well-being can cause stress. Stress can be a motivator. It can be essential to survival. The «fight-or-flight» mechanism can tell us when and how to respond to danger. However, if this mechanism is triggered too easily, or when there are too many stressors at one time, it can undermine a person’s mental and physical health and become harmful.

1.Tell  me about yourself. Where were you born? Where do you live at the moment?What have you studied?

My name is Tigran. I was born in Erevan. I am studying in the 10th grade. I don’t have favorite subjects.
2.How long have you been studying English?

I have started learning English in the 3rd grade.
3.Are you good at cooking/swimming/etc.?

I think I want to become a designer or graphic designer, but I haven’t decided anything.
5.What  are  your future  plans?

I don’t have future plans.
6.What  did you do  yesterday?

I watched soap operas and slept.
7.What are you going to do  tomorrow?

I’m going to do same tomorrow.
8.What  have you seen before you came here?

I have seen nothing./ I have  seen  a lot of cars  /you would be right if the question was  / whom
9.Do you  remember  your last  dream or any particular dream

No
10.Tell me a story that  you remember from childhood

I don’t remember any story from a young age or just dwn’t want.

11.Do you remember  any strange or dangerous situation from your life?

I can’t remember any dangerous situation from my life.
12.Do you live in a house or an apartment?

I live in a house.
13.Have you ever lived in another country?

I have never lived in another country.
14.Have you ever met a famous person?

No, because I have never felt the need.
15.How do you spend your free time?

In my free time I  play football, watch soap opera or play computer games.
16.What are your hobbies?

I don’t have hobbies.
17.What is your motto?

There is no progress without struggle.

I don’t know one of these.

I like immature, naughty but pleasant people.
19.What languages do you speak?

I speak  3 languages , Armenian, English and Russian.
20.What’s something you do well?

Everything.
21.What is your goal in life?

I am a night person.
23.When do you feel best? In the morning, afternoon, or evening?

I feеl me best in the night.
24.Why do you want to learn English?

I want to learn English, because in the future, almost any job will require that language, besides I want to leave Armenia, and in most other countries English is the second language if not the first
25.Would you like to be famous? 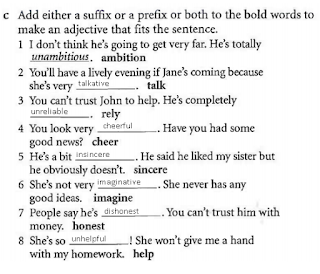 A leader is the person who manages and guides the rest. Not everyone can be a leader. That person must be able to subjugate the rest, and there are different ways to do it. The leader is a man who, with his individual attributes, leads the crowd, but not by force, people have to follow him voluntarily. The leader is not the boss … The boss is behind closed doors, and the leader is open, the leader is behind him, and the manager is managing and ordering. The leader must be endowed with a number of characteristics. Above all is the ability to hear, but not to hear, but to hear, to understand, to dig deep into the whole essence of words and to understand the whole essence and tasks, and then to speak. The leader must speak, speak constantly and beautifully, but only with sincere and valuable words, so that each word reaches the mind, then the heart.

In our school we have different sport centers, including football, basketball, volleyball, tennis, etc. My favorite sport is football and I have chosen it. Even recently a football championship was held in our school. I played 9th grade team. We were able to take the 4th place in that championship, but we did not lose it because we were smaller and physically weaker than anyone else. But we were able to fight so much. I love our football sport center and in my opinion children who go to all other sports like that sport center in our school.